Sunnyvale, CA – Today, Aegis Specialty Insurance Services announced that Edward Main has joined their team as Territory Sales Manager for Northern California.  Main brings 20 years of insurance experience to the Aegis Specialty team as both an independent agent and broker, as well as a field sales manager for personal lines carriers. 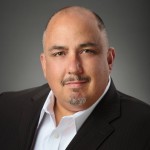 “We are very excited that Ed Main has joined our team,” remarked Brian Weaver, Vice President of Sales at Aegis Specialty.  “Ed’s impressive talents in personal lines insurance sales are a valuable addition to our team and we know the producers that Ed works with will benefit from his experience.”

Most recently, Main was the territory marketing manager for Explorer Insurance, having previously worked for Summit General Insurance and Titan Insurance, a subsidiary of Nationwide.

Aegis Specialty Insurance Services is a division of Aegis General Insurance Agency and provides homeowner, dwelling fire, condominium, townhouse, renters, manufactured home and earthquake insurance.  All products are underwritten by Aegis Security Insurance Company, rated “A” (“Excellent”) by A.M. Best and operating on an admitted basis all across the United States.

“In recent years, Dick’s success in the growth of this specialty business exceeded that of the insurance industry overall, in spite of a dramatic downturn in the manufacturing housing industry,” Kimmel said. “While other companies have avoided this segment, we not only remain committed to it but intend to pursue continued growth in this space.”

Dowd most recently was senior vice president of Sales with American Modern Insurance Group, where he was responsible for similar specialty insurance business nationally.

Aegis General Insurance Agency is a unit of K2 Insurance Services LLC, a group of specialty insurance operations, and underwrites on behalf of Aegis Security Insurance Company – also a K2 unit – and other insurers.

Aegis Security is rated “A” by A.M. Best and is admitted in all 50 states and the District of Columbia. K2 Insurance Services acquired Aegis Security in 2013.

Earlier this year, we discussed the importance of Difference in Conditions (DIC) Insurance coverage, a policy available through one of our MGA partners, Vikco Insurance Services, LLC This insurance coverage broadens an employer’s policy by providing them with additional limits of coverage for specific perils, especially earthquakes. This being said, how can employers decide if they are at a higher risk than other businesses? The following are various factors that will help determine a company’s risks of damage from an earthquake peril.

The structural integrity of a building is dependent on many factors, what year the structure was built, the building codes used, the building shape and materials, structural frames, and their inter-connections. In order to determine specific risks, it’s important for employers to consult with a structural engineer. Major changes to a building’s structure are often unrealistic, however disastersafety.org provides a detailed list of possible non-structural retrofits that could be effective in maintaining the functionality of a building during earthquakes.

Earthquakes don’t just have the potential to damage the structure itself; they could do significant damage to information and information technology within a business. Experts recommend having everything digital regularly backed up and stored either through a cloud or Google drive service, or at an alternative location. IBHS recommends meeting with IT specialists and engineers in the company’s area to determine a solution that will best fit their needs.

Fire following earthquakes could create, and has created, loss of life and even economic damage more severe than the damage from the earthquake itself. As such, it’s imperative to have fire safety equipment in place; a sprinkler system, a fire extinguisher, and smoke alarms in areas that don’t have a lot of foot traffic (storage closets, break-rooms, etc.). Another preventive measure employers should take to prevent fire or fire damage is properly securing gas and propane lines, as well as light fixtures.

The above mentioned methods are just a few safety tips that employers could follow to potentially reduce their earthquake damage risks. Employers should remember, as well, that no matter what they do to prevent damage, earthquakes are unpredictable. For this reason it’s imperative that they be well-equipped with the appropriate DIC policy.

To learn more about Vikco Insurance Services, LLC and the products they offer, please contact Brian Thomas Cindric at 925.678.2103.
K2 Insurance Services, LLC was formed by two insurance industry veterans with the purpose of acquiring managing general agents and developing multi-line programs. Our goal is to distribute innovative products through retail and wholesale distribution channels. To learn more about our services and partners, please contact us today at (855) 976-8113 or visit K2INS.COM.